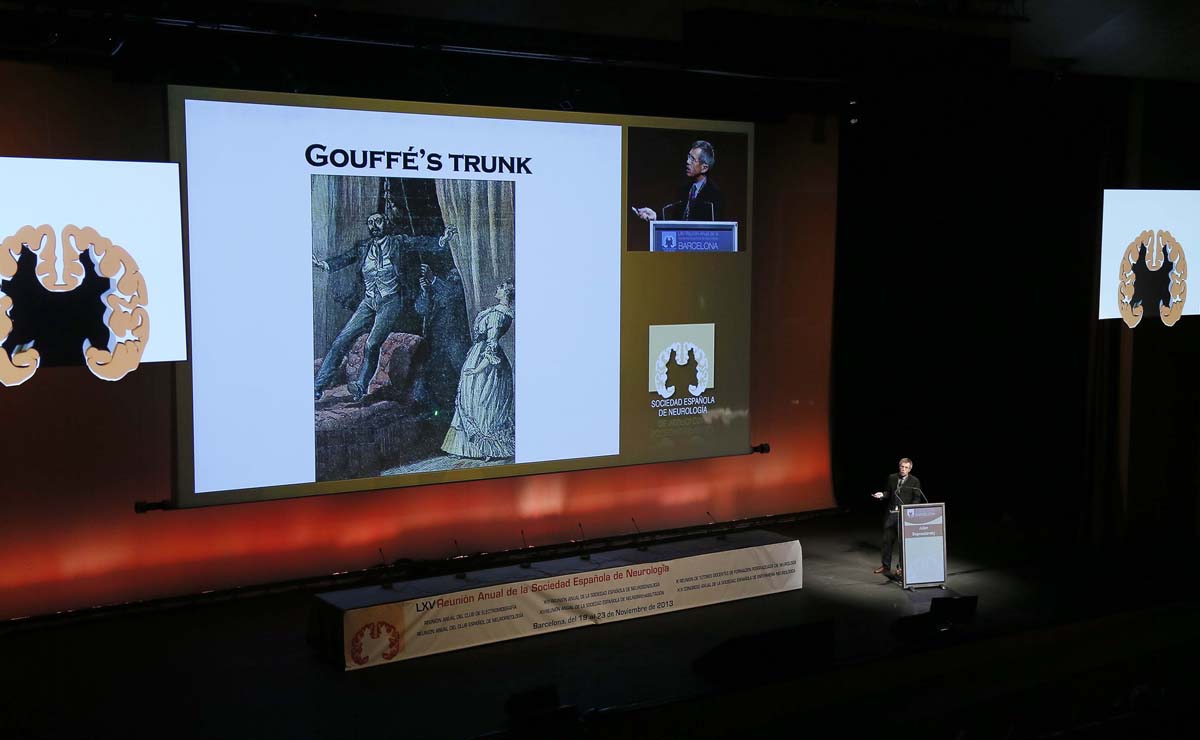 Hysteria: the birth of an enigma

The modern “rebirth” of hysteria dates back to Jean-Martin Charcot (1825-1893), who is rightly is considered the father of both modern neurology and psychiatry in France and much beyond. While he never was interested in mental disease and what was called “alienism” at the time, his career at La Salpêtrière over 30 years was marked by the development of huge group of pupils which gathered around the study and management of hysteria.

When Charcot took office at the beginning of 1862, hysteria was a no-man’s-.land, since neither the alienists, nor the internists beared a significant interest on it. At La Salpêtrière, these patients were largely left to themselves, before Bourneville, one of the first Charcot’s interns, stimulated and convinced his chief to care for them, while Charles Richet’s 1875 article on somnambulism subsequently was the trigger for Charcot to introduce hypnotism in the management of hysterics. Later on, the studies of Charcot with Richer, Babinski, Gilles de la Tourette, Sollier, Janet and many others allowed to address the condition in detail.

During his stay with Charcot in 1885-6 Sigmund Freud, a young neuropathologist at the time, became fascinated by hysteria, an interest which was the main start point of his interest in psychology. Charcot indeed emphasized mental factors in hysteria, along with a “dynamic” lesion, which accounted for the lack of neuropathological findings. While Charcot’s ideas on hysteria and hypnotism were criticized after his death even by former pupils, such as Babinski, recent findings from functional MRI studies show how accurate and often visionary Charcot’s thinking was in this field. In 1908, a “quarrel of hysteria” opposed several Charcot’s pupils, where Babinski was considered victorious against Charcot’s successor Raymond, despite the weaknesses of his theory on “pithiatism” (i.e.“curable by persuasion”).

During World War I, there was a new surge of interest in hysteria associated with war psycho-neuroses, and several students of Charcot became involved in medical-military care (Sollier, Babinski, Ballet, Souques). Babinski’s pupil Clovis Vincent developed a treatment called torpillage (torpedoing) against war hysteria, associating painful galvanic current discharges with “persuasion”, but which was dismissed after the rebellion of soldiers, who considered it as torture. After World War I, the neurological and psychiatric interest in hysteria again faded away, and this condition largely went back to the no-man’s land, where it had been before Charcot. Today, the boomerang thrown by Charcot is rightfully coming back, since current studies support most of his observations and theories, with reference to differences and similarities between hysteria, hypnotism, simulation, and organic dysfunction.