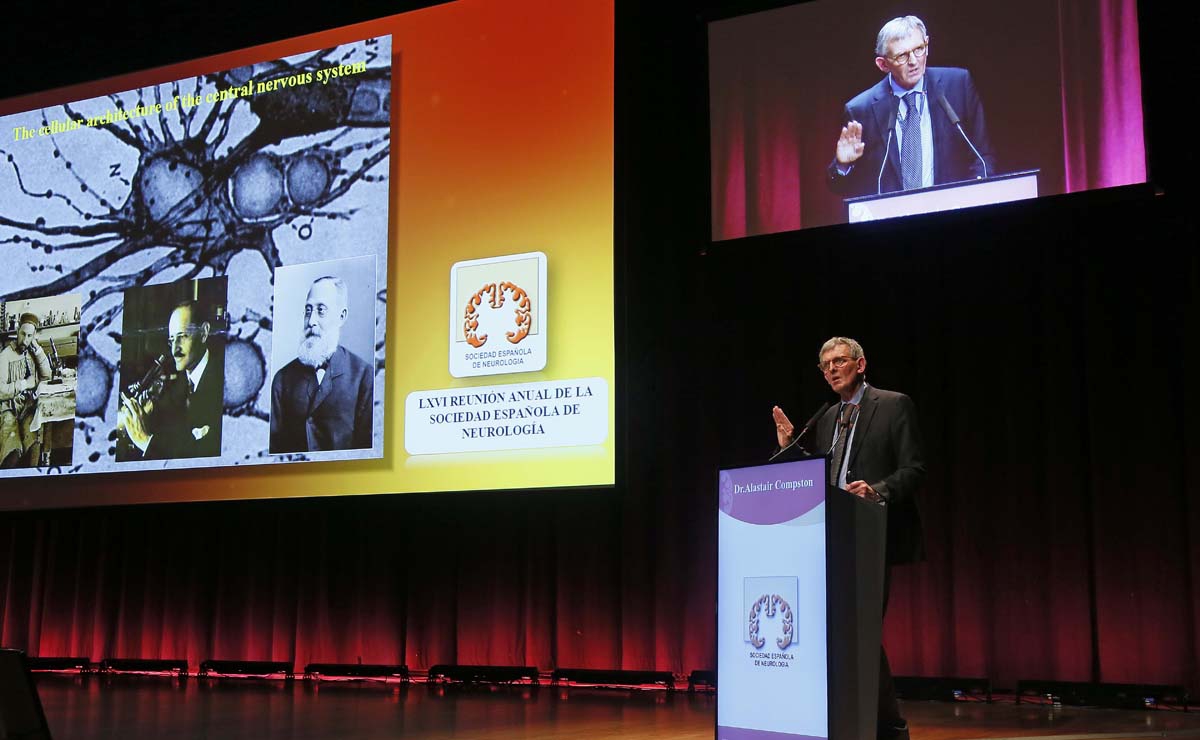 Conferencia a cargo del Prof. Alastair Compston Professor of Neurology and Head of the Department of Clinical Neurosciences in the University of Cambridge

First described as a personal account of illness in 1822, and depicted as a mysterious pathological appearance in 1838, the “age of awareness” of multiple sclerosis concludes with a precise formulation of the problem and clear description of the clinical phenotype by the end of the 19th century.The “age of description” begins with further speculations on the pathogenesis and aetiology and recognition of the variable natural history. The modern science of multiple sclerosis that marks the “age of enlightenment” established the pathophysiology of demyelination and remyelination; and set the stage for experimental and clinical studies aimed at limiting and repairing the damage in multiple sclerosis.

None of this work would have materialised without the 19th century doctrine of cellular pathology and the work from Spain on cellular architecture of the nervous system enshrined in the celebrated work of Santiago Ramon y Cajal and, later, Pío del Río Hortega. Together, they identified structures that lie at the centre of function in health and disease of the brain and spinal cord. There followed many advances in neurobiology; the introduction of biomarkers supplementing clinical evidence for the diagnosis and revealing elements of the pathophysiology; new diagnostic criteria and disease classifications; epidemiological studies showing variations in global distribution, with alterations in those morbidity statistics over time and with population migration; identification of the first genetic risk factors; and characterisation of the immunological features of brain inflammation. But still nothing could be done. However, with the gradual introduction from the early 1990s of treatments that influence disease activity, have we now reached “a time for solution” in which the remaining questions can be formulated and answered: is multiple sclerosis an inflammatory and, independently, a neurodegenerative disorder; is multiple sclerosis the expression of more than one disease; does early treatment limit the damage and also prevent secondary progression; and can people with disabilities due to multiple sclerosis get better? No disabling disease of the central nervous system has so successful a recent past and so promising an immediate future.